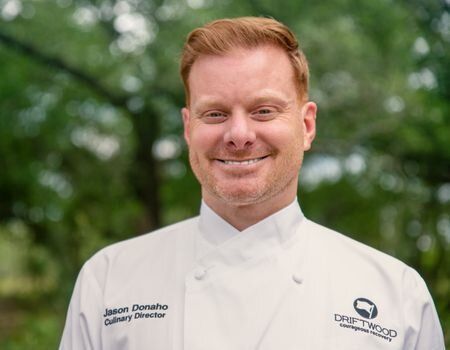 “When you take people who have been eating badly, and you feed them [well] for thirty, sixty, ninety days, the transformations are astonishing. You see people's lights come on again.”

"The Transformations Are Astonishing"

This is the third in a series of posts introducing the people who make up Driftwood Recovery’s community of caregivers.

Matt Williamson: When I knew that I was going to be talking to you for the blog, I asked someone in Driftwood’s Admissions office if he’d be willing to take pictures of his next few staff meals for me. Within minutes, he started texting me photos. He’d apparently been Instagramming his lunches since he’d first started working here.

I’m guessing that most people who work in residential treatment aren’t taking pictures of their staff lunches. So, that’s unusual! But then, your biography is kind of unusual for the head chef at a treatment center.

Jason Donoho: I do come from a fine dining background. I’ve actually been working in restaurants since I was twelve years old and growing up in Puerto Rico. I always knew I wanted to be a chef. After school, I’d go to local restaurants and, like, beg for work. As a teenager, in the summer, I’d work thirty, forty hours a week in kitchens. It’s possible that some labor laws were being violated.

And this was fine dining—really nice hotels. By the time I was in my early twenties, I was working at the Four Seasons resort. It was, you know, the pinnacle of luxury—but I was starting to decide that I wanted to do something less pretentious. Don’t get me wrong: I love the Four Seasons, and I still go there on a regular basis. I have friends that work there. But I wanted to explore more casual dining. And so I started working in different styles of restaurants, and kind of finding my own voice. I worked, for a while, for the Alamo Drafthouse. I did some consulting work. I worked for two “fast casual” restaurants in Austin. I helped local chains do national expansions: learning how to take a menu created in a test kitchen and roll it out with training materials and packets for people in other states.

It didn’t take me long to reach the point of burnout on that kind of fast-paced, high-pressure corporate work. But it was great experience.

I found Driftwood serendipitously. For some time, I hadn't been cooking in a professional kitchen. I think that's what I was probably yearning to get back to. While I was doing consulting work, a friend mentioned this beautiful place opening that had all the pieces in place, but hadn't found a chef. When I first met with the founders of Driftwood, I was under the impression that it was going to be a consulting job, or that they needed someone to come in and help them with the hiring. Instead, I became Driftwood’s Culinary Director. 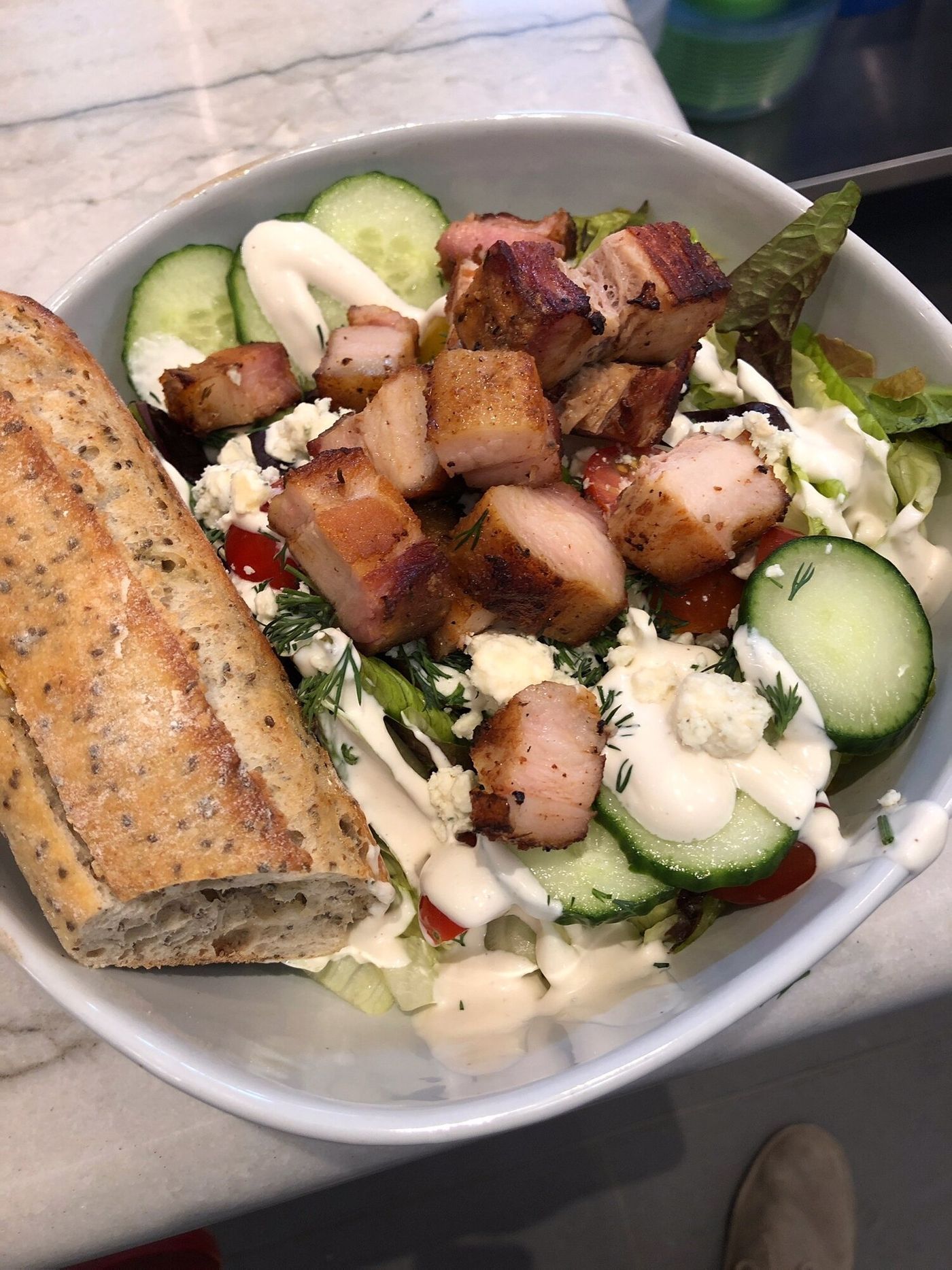 MW: You were telling me earlier that you knew, as soon as you saw this place, that you wanted to work here.

JD: The feeling you get when you drive through the gate—it's pretty instantaneous. There's a vibe here that’s very healing and very relaxing. Obviously, we have this beautiful setting, which helps. There’s something about the landscaping, the architecture, the interiors of the buildings, the materials that were used . . . and then, when you zoom in a little closer, you find all of these amazing people. A lot of my co-workers have been here with me since the very beginning. As soon as you pass through the gate, it kind of starts to float away: you leave the outside world behind. 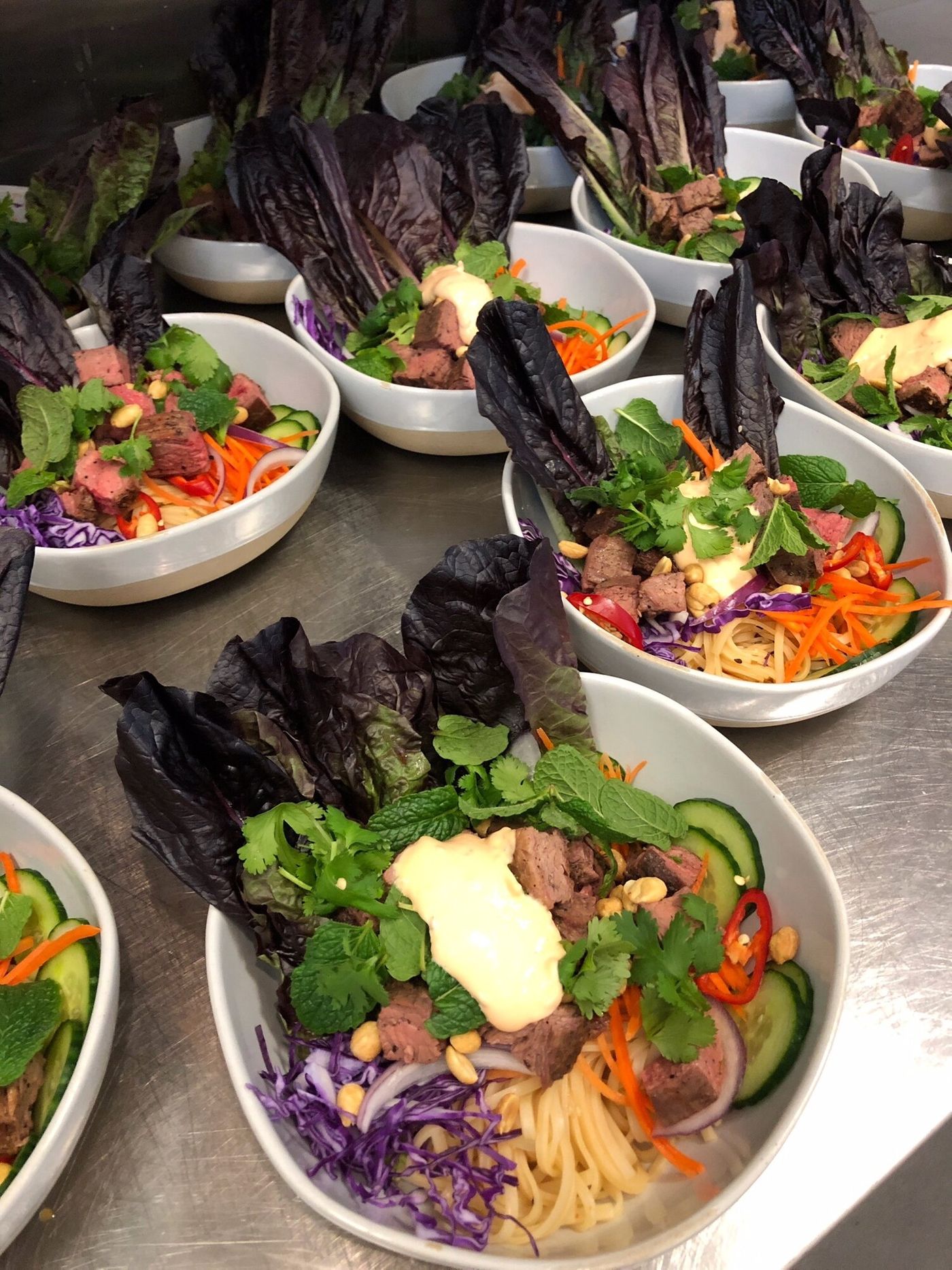 MW: I know that diet is part of what Peter Fluor was referring to when he talked to me about Driftwood’s emphasis on a “recovery lifestyle.” And you were recently at a conference on “culinary medicine.” What does it mean for food to be “medicinal?”

JD: For a lot of people in early recovery, nutrition has not been a priority. Getting whole foods, meals made with love and energy, is so important. Not processed, not high-sodium, not high-fat. Real foods: lean proteins, leafy greens, yogurt, olive oil, avocados.

When you take people who have been eating badly, and you feed them like that for thirty, sixty, ninety days, the transformations are astonishing. It’s not just food that’s changing people, obviously; it’s the treatment here. But when you have that high standard of treatment in combination with proper nutrition . . . it’s phenomenal. You see people's lights come on again. 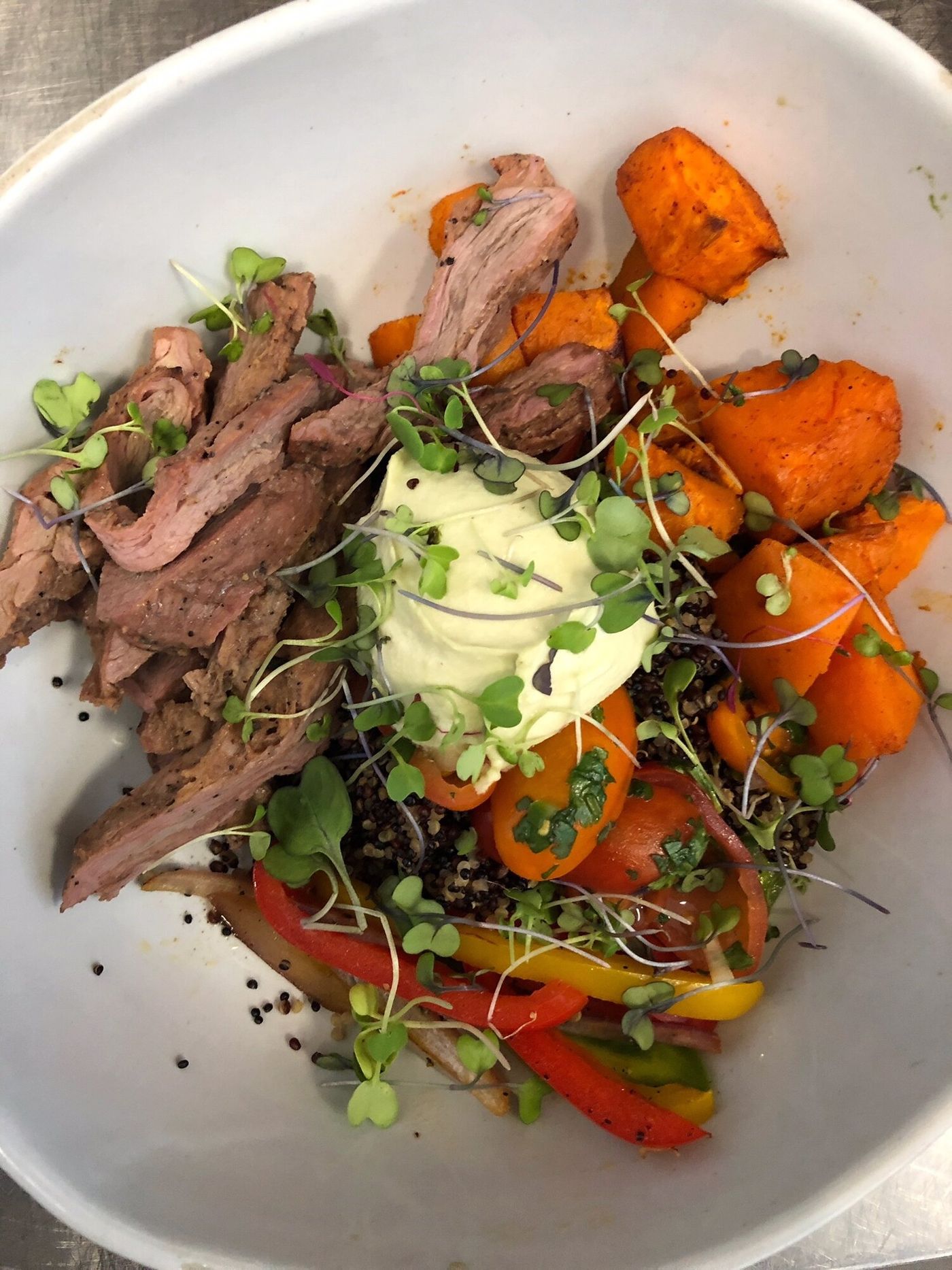 MW: What process did you use in designing Driftwood’s menus?

JD: When I started here—not having worked in a clinical or treatment setting before—I had no idea what kind of food other residential treatment centers served. But other people, who had years of experience working in world-renowned facilities, told me. And the food they described was pretty much what I imagined: high-school cafeteria food. A salad bar, you know, with, like, bottle dressing.

I was given very little concrete direction early on. Just: “we want really good food made from scratch.” So I took that and ran with it. We treat the kitchen here at Driftwood almost like— I wouldn't say a restaurant— but like a high-end home.

Or maybe it is like a restaurant, in a particular sense. You may have heard the term “family meal.” At high-end restaurants, the entire staff will eat one meal together every day. It's usually simply prepared—but prepared by some of the best chefs or cooks in the world. It’ll be tacos or sandwiches, but elevated. At Driftwood, every meal is a family meal: we shoot from the hip. We don't have rigid recipes; we're always trying different amounts, different ingredients—we're always changing things. And it's all made from scratch. So, you know, we may have a salad at lunch with a Greek yogurt ranch-style dressing, but with fresh herbs from our garden, and fresh onions and spices. And then at dinner, people are like: “Oh, can I have some that ranch from lunch?” thinking that we're just going to hand them a bottle. And it's like: “No, we made that for lunch, and it's gone. We dressed all of the salads. And that's it.” We don't have boxes of powdered mixes of anything sitting around. The only thing we don't do 100% in-house is bread; we're not a commercial bakery. Everything else, we make by hand from scratch. 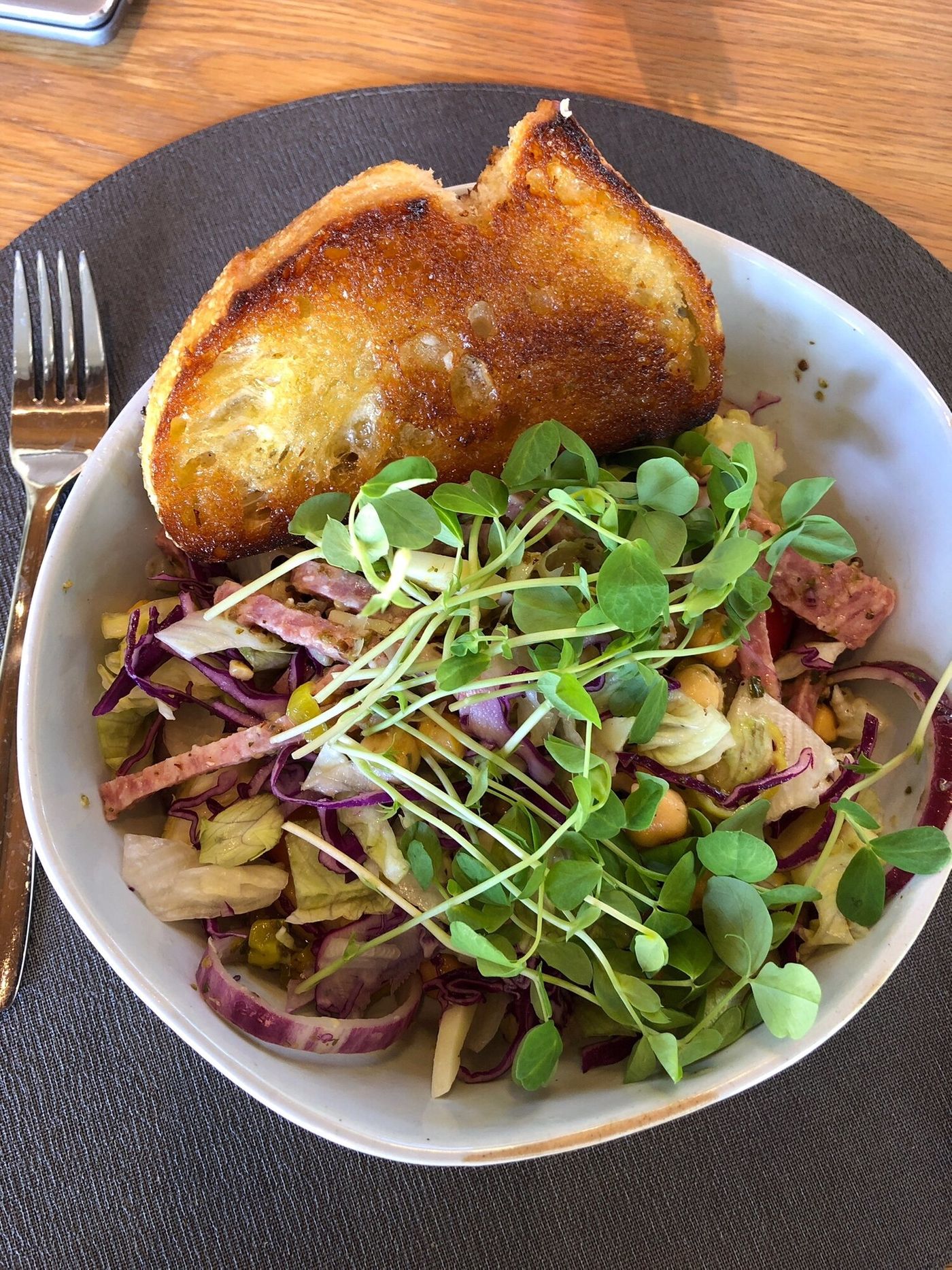 JD: It is, but I have an awesome staff. I have three staff members who work only in the kitchen, and then various other people on the staff who help—especially the care coordinators, as we call them: the people who make sure all of our clients get to appointments and get to see the nurse, and make sure that everybody knows where they're going, and are comfortable, and have what they need. The care coordinators help in the kitchen a ton. We have two people that are essentially my Sous-chefs: an a.m. sous chef and a p.m. sous chef. And then we have a woman named Adrian, who was actually working at this facility part-time when it was still a bed-and-breakfast, who monitors inventory and helps keep everything running. 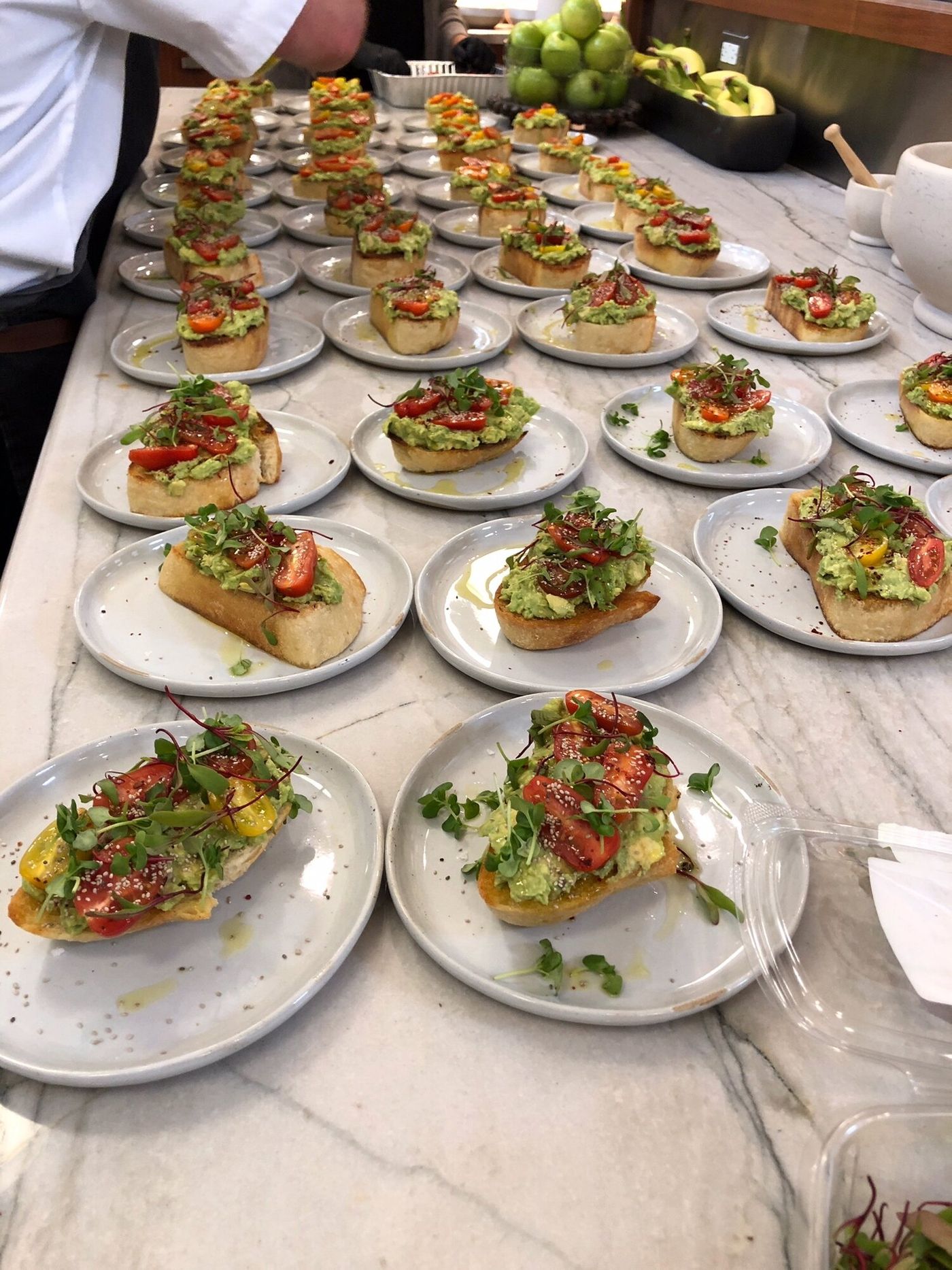 MW: Could you talk a bit about the communal dining aspect here? The first time I visited Driftwood, I showed up just after noon, so my first image of this place is of a mostly empty campus, and then seeing all of these people having lunch together in this bright, open space.

JD: The entire staff—from the clinicians and nurses to the president and owner—always eat together in one communal dining room. And I think that fosters more collaboration and attachment. That’s crucial, given Driftwood’s attachment-based model. Every day, every staffer knows that our clinical director, for instance, will be across the table or a few seats down, eating the same lunch. It can be reassuring, knowing that you can strike up a conversation with your colleagues, not in a clinical or formal setting—just like: “hey, how's your day going?” It’s cool.

I don't ever want the staff to get bored with the food. So we serve a different meal every day: no matter what, there's always some variation. Even if we always serve tacos on Tuesday, they’ll be slightly different tacos. But we’re mindful of the fact that we have to appeal to a variety of tastes. So, for instance, we don't do a ton of seafood because some people aren't too keen on it. I love seafood, and we might serve shrimp once in a week, but never more often than that.

But there’s another dimension to consider. Boredom may be bad, but there’s a comfort in familiarity. When you're in residential treatment, it can be nice to know that you’ll have eggs in the morning with some toast and some bacon. Sometimes, we’ll go super high-end and fancy. And then we'll have turkey meatloaf and mashed potatoes. And it's all really good. 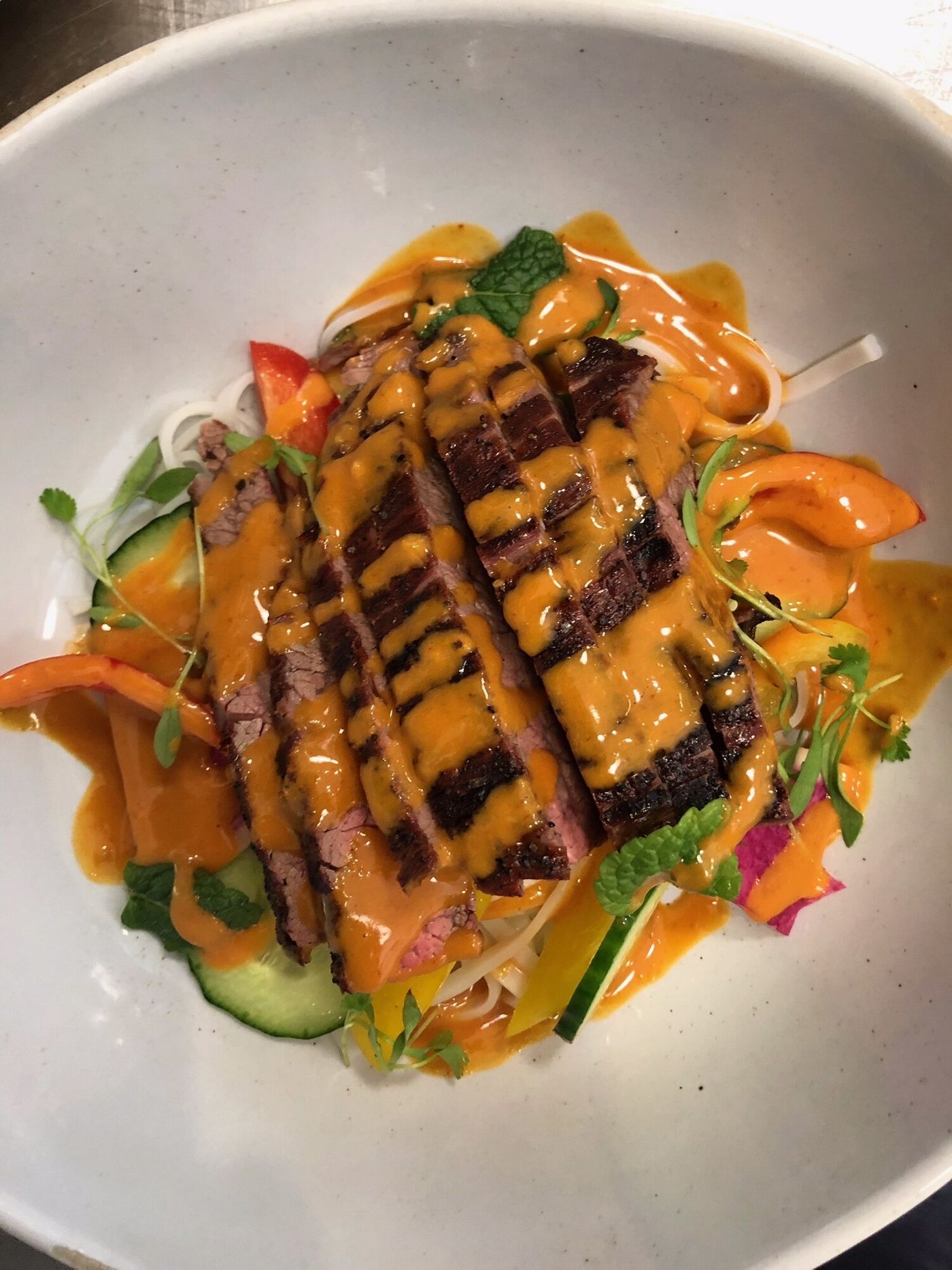