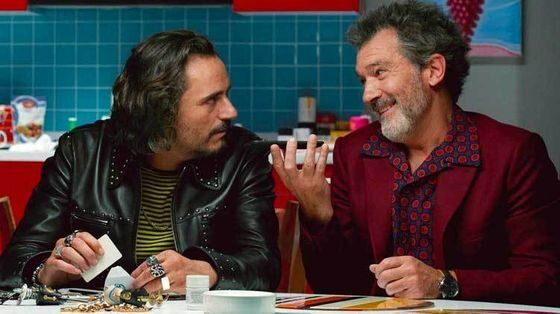 For obvious reasons, Pain and Glory should interest anyone interested in addiction and recovery. It’s reminiscent of Ingmar Bergman's best movies, like Winter Light and Wild Strawberries, in which reflective, intelligent people grope in the dark for meaning, and try to form lasting and valuable connections with other people who are as damaged, anxious, and confused as they are.

Pedro Almodóvar's new Pain and Glory is rare in a number of ways.

It explores substance abuse and addiction without sensationalism or tragedy. In that sense, it's nearly the opposite of a movie like Trainspotting, which glamorizes heroin for an hour and then shifts into insincere-moral-panic mode for thirty minutes.

Pain and Glory makes distinctions between substance use, substance abuse, and substance addiction. It acknowledges the physical aspect of addiction without reducing its characters to addicted brains. As Stanton Peele notes in Psychology Today, Almodóvar's movie presents "work and purpose"—we could also say "attachment"—as essential in recovery.

The movie's protagonist, Salvador Mallo—a legendary Spanish director whom we understand to be an avatar for Almodóvar—is, to use his own word, "paralyzed" by cluster headaches and back pain. This chronic pain has separated him from the creative work that was his primary reason for being. When we meet him at the beginning of the movie, he's fairly isolated. A gallery is interested in borrowing and displaying his art collection; he declines, referring to the paintings in his home as his only friends.

Salvador is not dependent on street drugs like cocaine or heroin, but we see him mashing up a daily cocktail of pharmaceuticals, which includes painkillers. These drugs allow him to better endure his solitude; they don't restore his freedom.

Early in the movie, the 30th anniversary of one of Salvador's 1980s classics prompts him to reach out to a former colleague, Alberto, with whom Salvador had a much-publicized falling-out.

Alberto is a high-functioning heroin addict: maintaining a successful acting career while struggling to manage his use of a drug he can't seem to quit. (When Alberto gets a new stage role that he values, he vows to stay sober while he learns and plays the part.)

We learn, later, that it was Alberto's heroin addiction—his inability or unwillingness to be sober and focused on set—that caused the professional rift between Alberto and Salvador. And heroin dependency, we will discover, is what destroyed Salvador's relationship with another man, Federico, who was the great love of Salvador's life.

Alberto and Salvador collaborate on a stage production entitled Addiction, which tells the story of Salvador's doomed relationship with Federico. As Salvador and Alberto rebuild their friendship and creative partnership, something else is happening: Salvador—perhaps feeling that he has nothing to lose—begins experimenting with, and then increasingly relying on, heroin.

All three of these men, then—the director suffering from chronic pain, the actor, and the director's absent ex—have important, but different, relationships with heroin.

Some critics have written that Salvador is creatively inspired by heroin. That's debatable, but the film, by the end, explicitly positions Salvador's heroin use as the alternative to healing, attachment, creation.

Pain and Glory's portrayal of recovery is optimistic: for one character in particular, maintaining sobriety is difficult and continuous, but enriching, work.

Even the description I've given ignores important dimensions of the movie, like Salvador's relationship with his dead-but-still-very-present mother. In his childhood, she was his fierce advocate, seeing and valuing what was unique about him. In adulthood, his sexuality made him unacceptable to her; he tells her in one flashback sequence: "I failed you simply by being as I am."

Salvador, then, is trying to reconnect with his community, and to become sober and productive, while coming to terms with chronic pain that may worsen with time, and while trying to make sense of his abandonment by the two most important figures in his life: the mother who didn't want a gay son, and the boyfriend who chose heroin over him.

For obvious reasons, Pain and Glory should interest anyone interested in addiction and recovery. Those themes aside, it's a beautifully constructed, affecting film. It's drawing a lot of comparisons to Fellini's 8 1/2, another great memoir of filmmaking, but it reminded me more strongly of Ingmar Bergman's best movies, like Winter Light and Wild Strawberries, in which reflective, intelligent people grope in the dark for meaning, and try to form lasting and valuable connections with other people who are as damaged, anxious, and confused as they are.

The performances are note-perfect—in particular the lead performance by Antonio Banderas, who has always done his best work with Almodóvar, a director Manohla Dargis rightly calls "a genre unto himself." Its excellent Alberto Iglesias score and its bright, colorful production design make Pain and Glory a movie worth seeing on the big screen, if you get a chance.