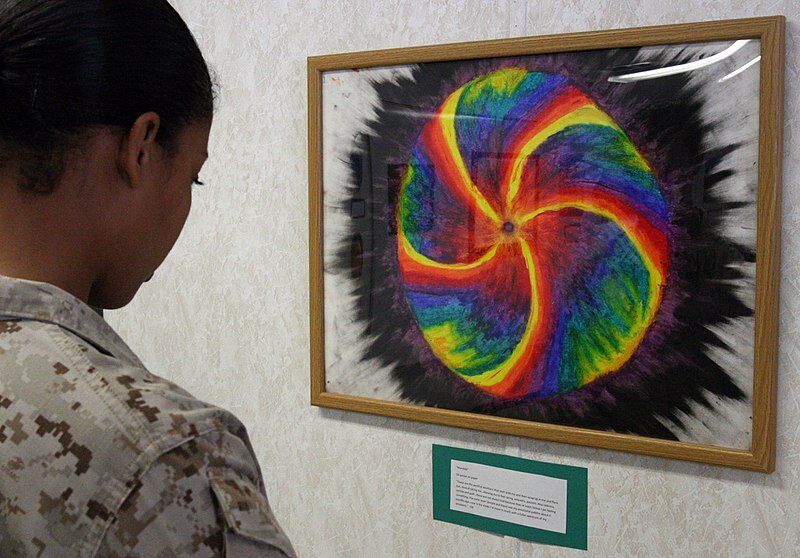 "If [You] Want to Help Veterans, Address the Stigma Surrounding Addiction"

People struggling with addiction, economic insecurity, or mental illness are not separate from us; they're our family members, our neighbors, and, in many cases, they’re the people we honor on Veterans Day.

It's Veterans Day, which means that people all over the US are posting and tweeting messages of gratitude to military service members.

If you support veterans, however, keep these facts in mind during the 364 days of the year that are not Veterans Day:

Fewer than half of returning veterans in need of mental health treatment receive any care. Around 40,000 veterans sleep on the streets on any given winter night. Veterans are at heightened risk of developing substance abuse disorders, which often co-occur with depression and post-traumatic stress disorder.

A new study reports that veterans "are at ground zero of the [opioid] epidemic, facing an overdose rate twice that of civilians." 44% of veterans return from combat service with chronic pain, which can contribute to heroin and fentanyl addiction.

Earlier today, Karie Fugett published a moving piece in Vox about her husband's suicide. "Shame and isolation," she writes, "killed Cleve as much as the fentanyl. If [you] want to help veterans . . . address the stigma surrounding addiction and invest in more policies and programs that not only help them with pain but secure their futures even if they do have addictions or are in recovery."

Nobody, whether they've served in the military or not, deserves to be homeless, to be deprived of access to counseling, or to be excluded from society because of a substance abuse disorder. This stigmatization just seems more galling when it's directed at people who are in crisis specifically because they did the things we claim to honor.

Encourage those close to you to treat people struggling with addiction, economic insecurity, or mental illness with compassion and respect. They're not separate from us; they're our family members, our neighbors, and, in many cases, the people we honor on Veterans Day.