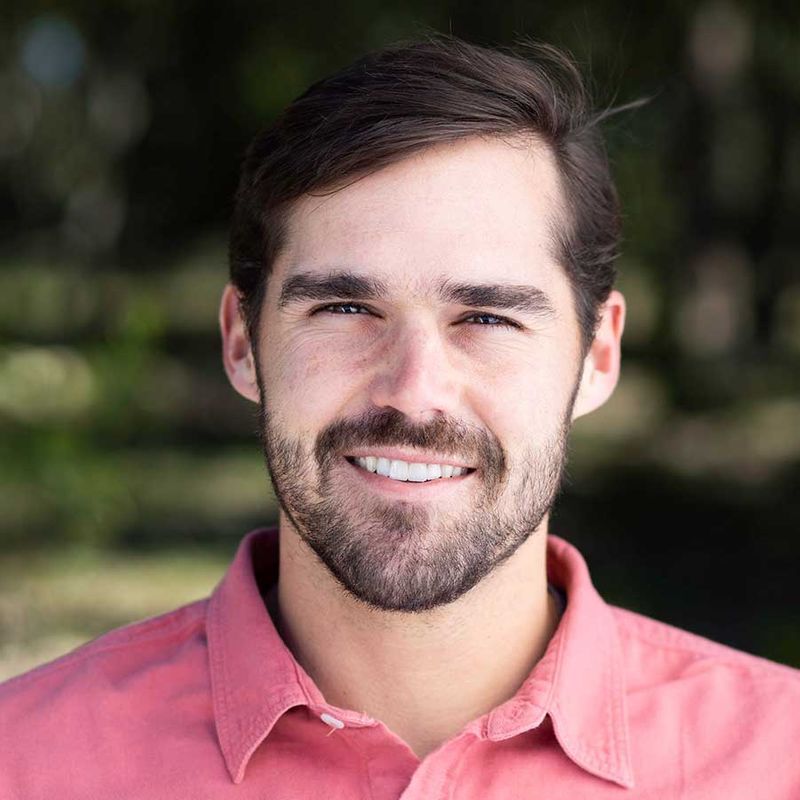 “At Driftwood, we have a multifaceted approach to treatment. We try to foster a recovery lifestyle, and a big part of that, for us, is the 12 Steps. But most importantly, our program is about teaching people how to take concrete actions that will help them work a program of recovery.”

This is the first in a series of posts introducing the people who make up Driftwood Recovery’s community of caregivers.

In this post, Kuraĝo editor Matt Williamson talks to Peter Fluor, who co-founded Driftwood Recovery in 2016 and is its president.

Matt Williamson: So, you studied business at USC. And I know that you went on to work in real estate, and in oil and gas. I guess I'm interested to know, first, how you ended up making this seemingly radical career shift, becoming president of a residential treatment center in the Texas Hill Country.

Peter Fluor: It begins with my own experience in recovery. I became an active addict when I was in college, and I struggled with substance abuse for years after that.

A big part of the reason that I drank and used drugs is that I felt trapped in a certain trajectory in my life. The direction I was taking didn't feel true to me, but it seemed like the world was telling me I had to go in that direction. I don’t mean that any one person was pressuring me—it wasn’t just my parents, for instance. It was more a general sense that everyone around me, from my family to my peers—even my teachers—expected that I’d have a certain kind of professional life. But that life wasn’t what I had envisioned or hoped for myself.

At some point, as you mentioned, I was working as a financial analyst for an oil and gas company. And I was actually having a rough time. I felt some guilt about the fact that I was in that job, because I hated it, and other people would have killed to have it, and they could have done so much with the opportunity.

But then then I got into treatment, I got sober, and things started, inevitably, to change. I worked as a raft guide for a while! I got my real estate license. But ultimately, I still wasn't feeling fulfilled.

MW: I was just listening to a radio interview with the anthropologist David Graeber on this topic: the way a lack of meaning at work can erode our sense of well-being.

I talked recently with someone who had backed away from a career in medicine to work in experiential education: designing ziplines and ropes courses. When she first told people that she was making this career change, someone said: “so you’re going to teach kids to play kickball?” Obviously, that description was meant to diminish her work. But even if she really were “just teaching kids to play kickball”—that strikes me as a beautiful way to spend a working day. You’re doing something that’s fun, that makes people happier and healthier, and you get to see the result of your work every day.

PF: When I was working in real estate—where I definitely didn’t feel that I had found my calling—I was talking a lot about this kind of stuff with a friend of mine. This was someone who had helped get me into treatment. He was the owner of an adolescent program called Newport Academy.

I was sharing some of my frustrations about work, my sense that it lacked purpose. And during those conversations, I was remembering that I had always been drawn to helping people. This goes back to my time at St. John's School, where the upper-school students do 36,000 combined service hours every year. It’s ingrained in you that giving back to the community isn’t something you do on the side; it’s supposed to be a central part of your life.

But it took me a long time to make the connection that you can help others full-time and also make a living. You can run a successful business that exists to help people.

At some point, my friend said: “just come work for me at Newport.” You used the phrase “radical shift.” And, yeah, it was a dramatic change. I took a 60% pay cut, and I was at ground level in a job without a lot of glamour, working with people in treatment. And I was the happiest I had been in my life.

MW: You were working directly with the kids?

PF: In a variety of roles, yeah. I was a recovery coach. I did some tutoring in Newport’s day school, and then I was in an operations role.

Almost immediately after I arrived at Newport, I knew: I want to start a program. Of course, I didn't really know how to do that. But I knew some fundamental things that would be really important.

The most important thing was to find the right people, and to create an environment where those people were valued, where they felt challenged, and where they could grow—and be held accountable, too. To me, that was the fundamental idea behind Driftwood: curating a staff, and a staff culture, that was second to none, in any treatment program. If there’s something that truly sets Driftwood apart, that's it.

MW: I talked to Jason Donoho [Driftwood’s Culinary Director] yesterday. And it was clear that when he was hired, he felt—to a degree that surprised him—that he had a free hand in designing the menu and the overall dining concept for the facility. He felt trusted to act with autonomy. And when I was talking to Connie Cole and Ryan Potter over in the Wellness Center, I got a similar impression: that both of them have a lot of freedom and a lot of responsibility—and that they respect and trust one another. If Ryan has a big idea—even a counterintuitive one—Connie wants him to give it a try, because she knows that he’s a brilliant guy, and also that he’s someone who’s going to act responsibly and compassionately.

PF: What you've observed is kind of the hope and the dream for me. Oftentimes, people in leadership roles want to dictate everything: to over-manage or micromanage. Our goal at Driftwood was to assemble the most capable people we could find, and then harness each person's strengths to create an environment where their best can come out.

Once you hire someone with the highest level of expertise, you have to cede some decisions to them, celebrate them when they need to be celebrated, and have the challenging conversations when those need to happen. We try and stay away from shaming any staff member—or resident, for that matter. We want to treat each other the same way that we want to treat our residents and alumni, and the same way we want residents and alumni to treat each other.

MW: Could you talk about some of the ways Driftwood’s approach to treatment is unusual?

PF: I do want to say, in the spirit of what we were just discussing—giving people autonomy over their respective areas—that this is Brad Kennedy's area. Brad is a great resource for anything on this, and honestly can talk about it much more eloquently than I can.

But from a really high level: there are a lot of treatment programs that are a little bit . . . black or white. They take one specific approach. A treatment program might just be a 12-Step program, for instance. In that case, most of its programming revolves around 12-Step recovery. There are programs that are much more heavily clinically driven. And there are programs that are, you know, wilderness programs, experiential programs. The awesome thing about a lot of those programs is that they can do their particular things really well. The downside is that if they get somebody in their care who isn't responding to their particular treatment style, then that person is not going to benefit as greatly as they might somewhere else. In the worst-case scenario, you might have someone who’s trying to get sober, but is in an antagonistic relationship with the treatment program.

At Driftwood, we have a multifaceted approach to treatment. Our clinical team is established. I would say that it’s the best clinical team in the state of Texas, and one of the best in the country. So the clinical programming is really good. At the same time, we do a lot of experiential stuff. And we emphasize learning through action, rather than just learning through reading or listening.

We do try to foster a recovery lifestyle, and a big part of that, for us, is the 12 Steps. But most importantly, our program is about teaching people how to take concrete actions that will help them work a program of recovery.

All of these things that I’ve described, when you do all of them really well, simultaneously—create a unique, comprehensive treatment experience.

Just to be clear: we wholeheartedly believe in, and will always advocate for, 12-Step recovery. But if somebody is not vibing with that—if they're averse to it for some reason—there are a lot of other ways here to help them engage in treatment. And we may end up helping them work through some of those barriers that are preventing them from engaging in 12-Step recovery.

MW: Driftwood’s physical campus is pretty remarkable. I’m an Austin native, so maybe I’m not the most reliable source, but I think this part of the Hill Country is one of the most beautiful places on Earth. And the architecture here has a kind of serenity that matches the surroundings.

PF: A wonderful lady named Robin Garrison designed this place. She transitioned it from the ranch houses that used to be here to the property that we're on today. Robin modeled it after a spiritual center she had visited in South America. The idea was that it would be a bed-and-breakfast, a wedding venue, a retreat, and so on.

But she was more in love with the process of building the place than in going on to run it as a hotel. So when it was put to her that this might be the perfect site for a residential treatment facility, she loved the idea. It’s almost as if, without knowing it, she had built this place for us. I don't want to put words in Robin's mouth, but I think it’s safe to say she feels that way.

We love this location. But I want to add that I don't think treatment should ever be compared to a spa-like experience.

Going through recovery, no matter where you do it, is one of the hardest things you will ever do. And probably the most freeing thing you'll ever do.

So when I talk about the property, I always say it's the cherry on top. It's an added bonus that we get to do this work in such a beautiful setting. But the meat and potatoes—the heart and soul of the program—is the staff, the community, the culture. The work that’s done here, the programming, is the important piece.